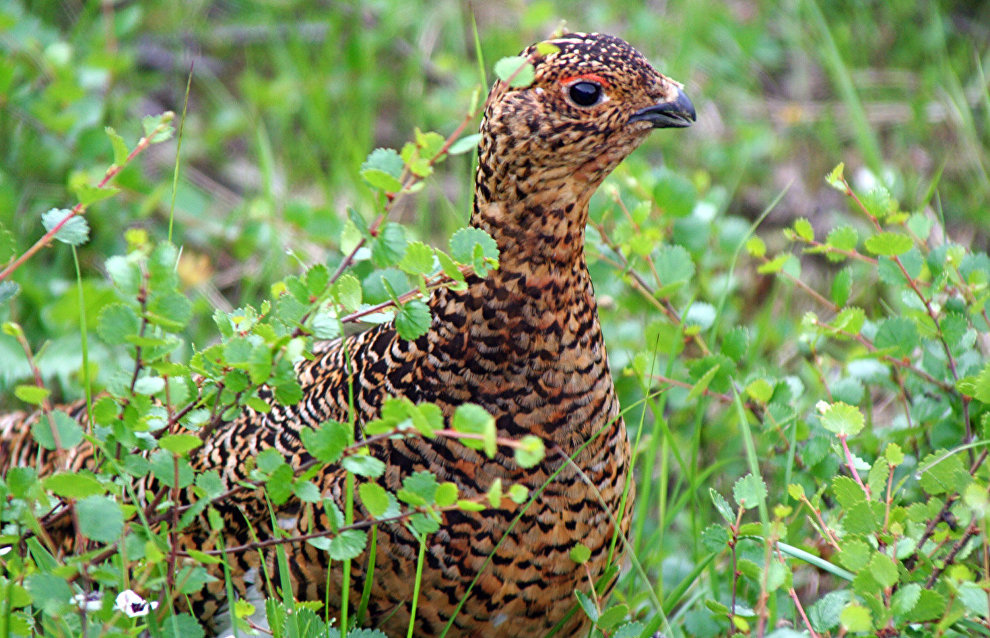 Ptarmigans trade off their immunity for the Arctic

In the cold season, Arctic inhabitants experience a lack of food, which forces many of them to migrate or sharply reduce their metabolic rate. Nevertheless, some species of birds and mammals not only winter in high latitudes but also remain active. To survive the harsh season, they need to prudently manage their energy, using it primarily for thermoregulation and less for other body functions.

The immune system consumes a great deal of energy, so it is not surprising that animals have to compromise between its work and maintaining body temperature. As a result, many species of warm-blooded inhabitants of the Arctic show reduced immune responsiveness in the cold season. At the same time, it is still unclear what exactly the reason is for seasonal changes in immunity — temperature, length of daylight, or the state of the body.

Swedish and Norwegian scientists led by Andreas Nord from Lund University analyzed the balance between the immune system and thermoregulation using the example of the Spitsbergen (Svalbard) subspecies of the ptarmigan (Lagopus muta hyperborea), which inhabits the eponymous archipelago and Franz Josef Land. This is the only species of birds that winters so far north, which makes it an ideal object of such studies. The results were published in the Journal of Experimental Biology.

The experiments were conducted with 12 adult males, six of which were born in captivity and the other six were captured on Spitsbergen (Svalbard) at the age of one to three weeks. In the enclosures where the ptarmigans lived, the daylight hours matched those of the northern latitudes where the archipelago is located.

In winter, birds kept in total darkness at a temperature of 0℃ were injected with Escherichia coli lipopolysaccharide, a non-pathogenic antigen that triggers an innate immune response that manifests as a fever. After that, measurements were taken of the ptarmigans' body temperature, resting metabolism rate and immune response biomarkers. In addition, researchers recorded the appetite of the birds and changes in their body weight for three weeks after the injection. Then the experiment was repeated under different conditions: in winter in complete darkness and after a sharp drop in temperature to —20℃, as well as in spring with round-the-clock lighting and temperatures of 0℃ and —20℃.

Immune response biomarkers also behaved unusually. Most of them decreased 10 hours after the infection, and then either slowly grew or remained low. Judging by these data, the ptarmigans' body consumed the already existing immune cells and very slowly synthesized new ones. A long period of food refusal and weight loss after the infection, which lasted nine days on average, also indicates that toxins leave the body slowly.

Thus, with food shortages during the cold season, the ptarmigans reduced energy expenditures in order to fight infections so as not to waste energy needed for thermoregulation. This strategy may seem risky because it increases their vulnerability to infections in the cold season. However, the study authors suggest that such a compromise is justified in the Far North, where the diversity and pathogen transmission rate is low for most of the year.

This is surely not the only tool that helps ptarmigans survive the Arctic winter. An equally important role is played by their heat-insulating plumage, fat reserves and decrease in activity. But, unfortunately, rapid climate change and Arctic development can endanger the existence of these amazing birds.