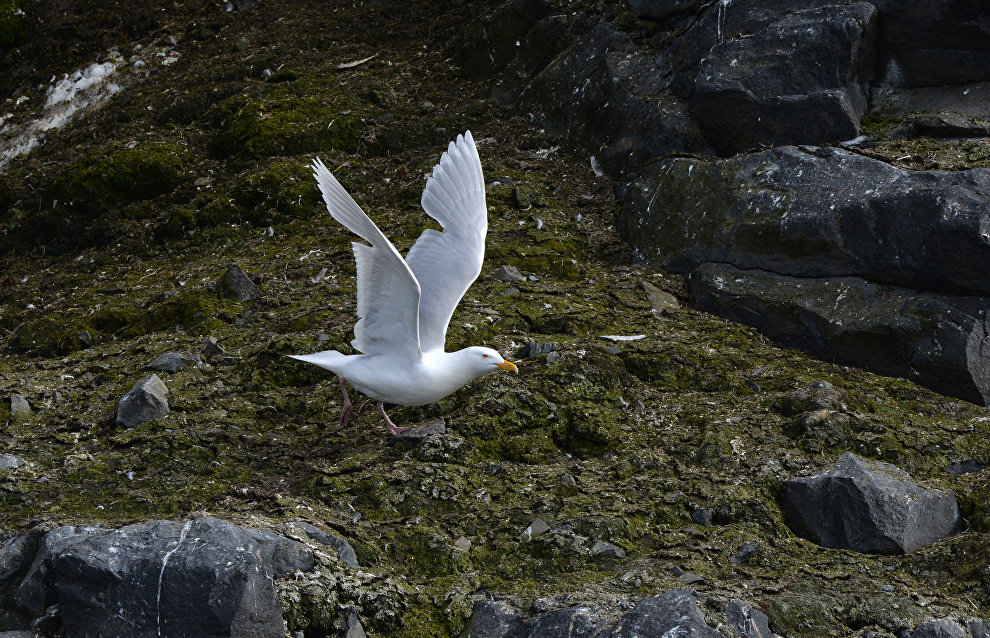 The first Rosneft expedition to study the Red Data Book ivory gulls has begun in the northeastern Kara Sea.

This expedition will last until the end of August, throughout the entire nesting period of the ivory gulls. Ornithologists will study the full breeding cycle of the rare birds, from laying eggs to raising chicks on their wings. Researchers intend to gather data on potential breeding sites and the number of colonies.

Observations will be made along the entire route in places that are suitable for ivory gulls' habitat, such as sea waters, the continent's coastal zone and also on islands. Researchers have already designed special mini-bags to install GPS trackers on the birds' backs. Material for lab tests will be collected too.

The scientists' research includes studying, preserving and monitoring other animal species in the Arctic that serve as biological indicators of the ecosystems' stability. The large program to study these species will take four years.

According to the organizers, caring for nature in the regions of Rosneft's presence is one of the company's priorities.

In total, in four years experts will have over 170 hours of research that will cover over 500,000 sq m of land, including with unmanned aerial vehicles.

Rosneft began studying the Arctic in 2012. Over this period of time, it has carried out over 20 complex expeditions.