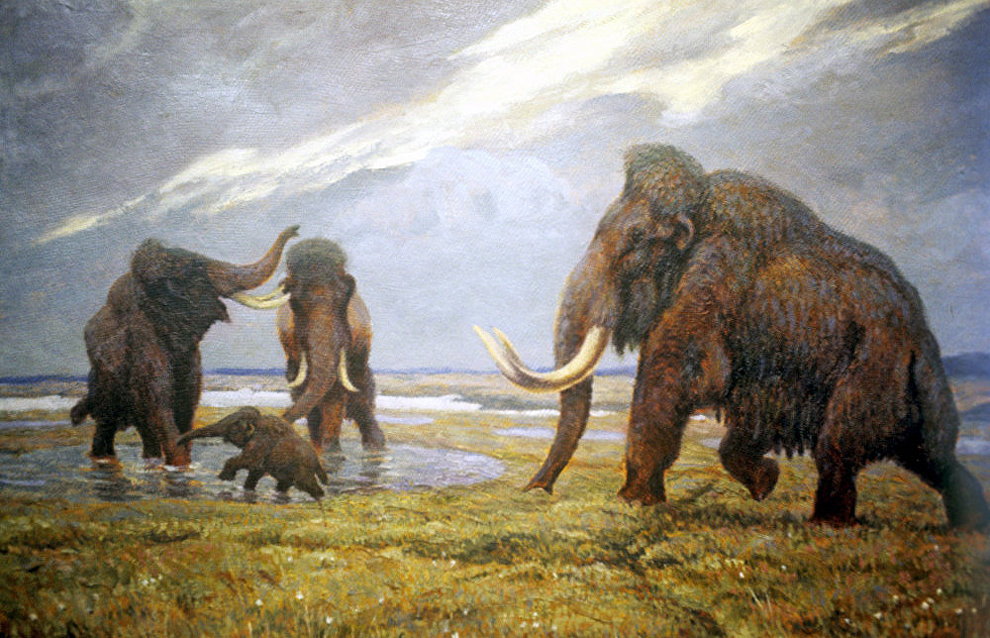 Scientists have begun to study mammoth remains which were found in the shallows of Lake Pechevalavato (Yamal-Nenets Autonomous Area) by a local resident. The group includes archeologists from the Arctic Research Center and employees of the Shemanovsky Regional Museum and Exhibition Complex.

"There is likely to be a whole mammoth in this area; it is necessary to dig it all up," said Konstantin Tadibi, who fished the animal's skull out of the lake with a net. Other parts of the mammoth's skeleton, skin, feet and soft tissue were also found.

In fact, such finds are common for Yamal, but each time they arouse great scientific interest, as they help specialists to learn more about these amazing animals and the reasons for their extinction.

"A skeleton is always a valuable find! Separate bones do not carry any information. Here we know the exact location and origin of this mammoth, that it is one individual. Of course, we would like to find all the remaining parts and understand how complete a find it is," said Yevgeniya Khozyainova, head of the Humanities Research Department of the Shemanovsky Regional Museum and Exhibition Complex.

According to the first conclusions of the scientists, this is a young mammoth, but its exact age can be determined only after a thorough examination. Some of the found remains have already been transported to Salekhard. While the weather permits, the scientists plan to retrieve the rest of the fragments. This will be quite difficult, since they will have to remove the bones while standing in waist-high water.

"We managed to remove part of the skeleton, while another part of the skeleton is still in the ground, under water and clay. We could not extract it all quickly, but the collected material is enough for a general analysis. This will allow us to determine the age of the mammoth," explained Andrei Gusev, a researcher at the Arctic Research Center.

The scientists believe that there may be remains of other mammoths nearby. Therefore, in the near future, the experts plan to collect all information about other possible buried prehistoric animals in the area.