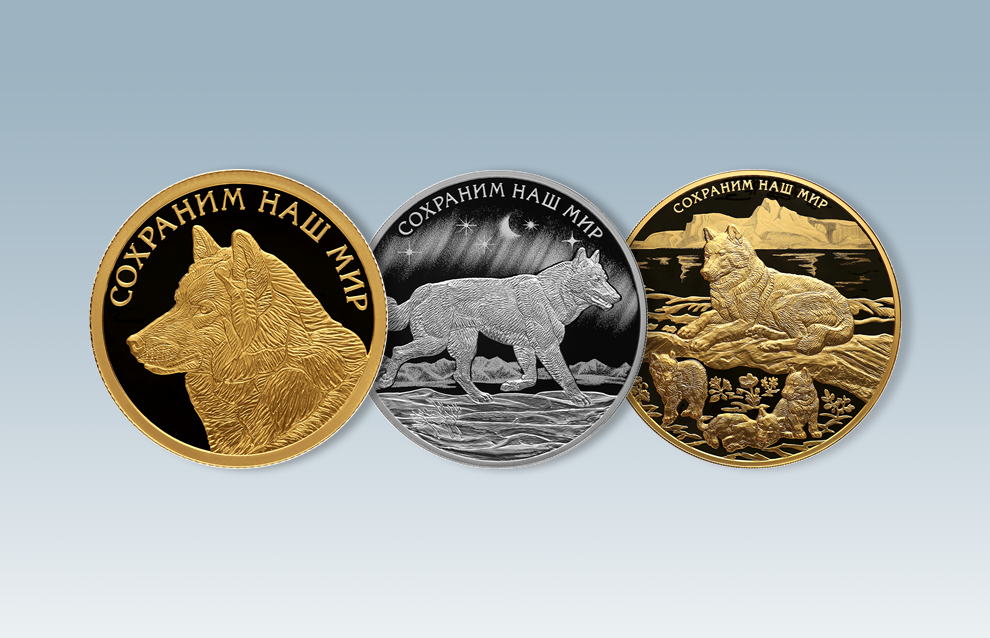 The Central Bank of Russia has issued commemorative silver Tundra Wolf coins with the image of Arctic wolves roaming the entire Arctic.

The reverse side of 50-ruble gold coin features a relief image of a Tundra wolf. And on the 100-ruble coins, there is a Tundra wolf relief etched against the surface of water, cliffs and the sun. In turn, the 10,000-ruble coin depicts a female Arctic wolf with cubs, etched against the water surface and cliffs. Background images on the reverse side of gold coins also feature laser mat finishing technology.

The obverse side of Tundra Wolf commemorative coins from the Let's Save our World series also features the Russian state emblem, and shows the denomination and the metal (Ag or Au), including hallmarks, the St. Petersburg Mint's trademark and the pure precious metal's weight.