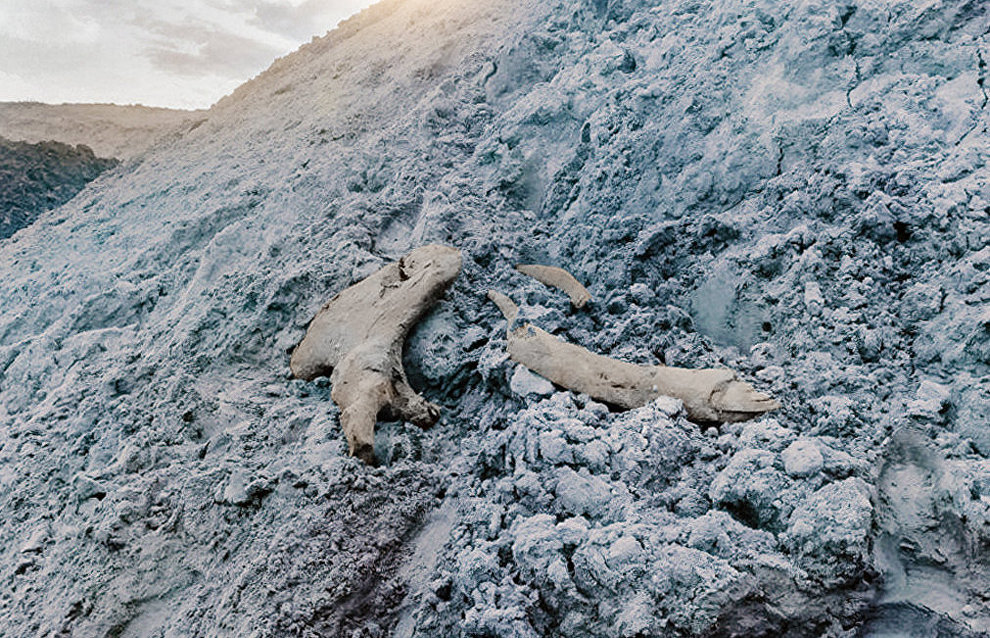 While working at an open pit at Gazprom Neft's Novoportovskoye field in the Yamal-Nenets Autonomous Area, a group of oil workers found part of a mammoth skeleton — a tusk and skull bones.

The archaeological find remains at the field, as scientists recommended, while the employees continue searching for other fragments.

"Finding the remains of mammoth fauna is always an exciting event in the scientific world. Their study brings new knowledge about the ecology of the ice age giants and the possible reasons for their extinction. The expansion of the scientific and industrial presence of humans in the Arctic contributes to the fact that such finds are becoming more common, being the property of science," said Dmitry Frolov, director of the Arctic Research Center.

For his part, Head of the Yamal District Andrei Kugayevsky stressed: "This is good news for the scientists of our region, and we hope that through joint efforts we can find more answers to the questions that history has left for us."

Yevgeny Zakharov, director of organizational affairs of Gazpromneft-Yamal, also promised that the company would continue searching for mammoth remains to help scientists in their important work of studying the history of the region.

In fact, this is the second such find in Yamal in recent months. In July, on the shore of Lake Pechevalavato, a local resident found the remains of a mammoth, which scientists named Tadibe in honor of the fisherman who found him. The age of the animal was determined to be about 15-20 years.