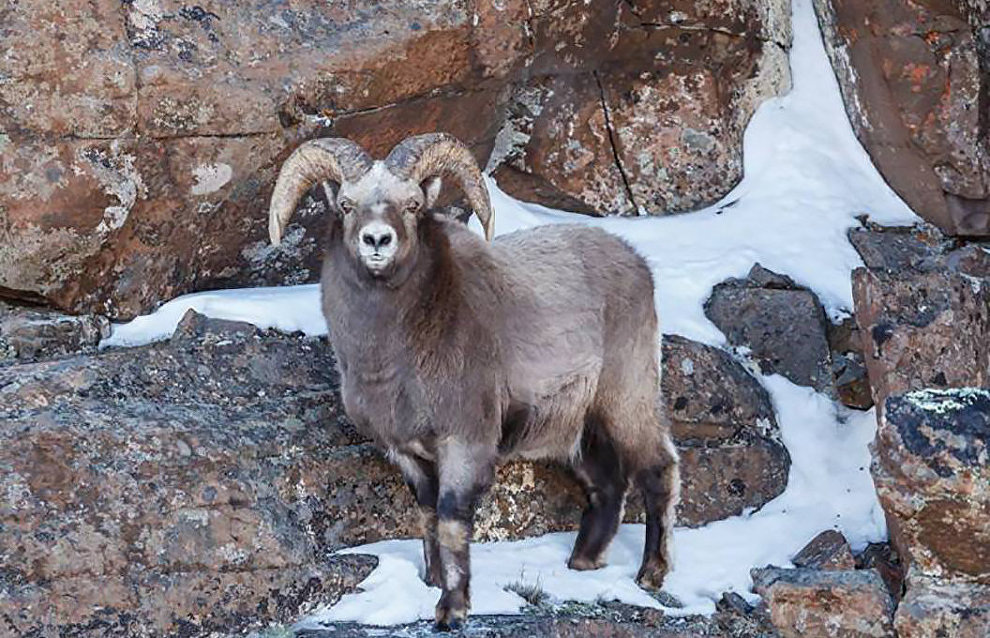 Bighorns to be relocated from Yakutia to Yamal Peninsula

Ten bighorn sheep from Yakutia will be relocated in Polar Urals Natural Park (Yamal-Nenets Autonomous Area) in June 2021. These animals have never lived in that region before. The project aims to enrich the biological diversity of the Polar Urals, increase hunting resources and develop ecotourism. It is undergoing approval by the Russian Ministry of Natural Resources and Environment.

According to Dmitry Zamyatin, deputy head of the External Relations Department of the Yamal-Nenets Autonomous Area, a group of scientists from Salekhard, Yakutsk and Irkutsk jointly with Yamal nature conservation agencies made an expedition to the Polar Urals in August. They explored the bighorns' future habitat.

"We have taken photos and videos, as well as samples of plants, soil and rock to determine the available forage. As a result, we have identified four mountain valleys within the Gornokhadatinsky area best suited for the bighorns' summer range. The Sob-Rayizsky area of the park will be a back-up. Now we need to go on another expedition to find promising areas for their winter range," said Dmitry Zanyatin.

The bighorn is most widespread in the mountain systems of Eastern Siberia. However, with climate change, their population began to shrink. Therefore, experts have suggested relocating bighorns to other northern areas.

"About 20,000 bighorns live in Yakutia, and they are even hunted there," continued Zamyatin. "As for us, we still have to conduct a state environmental assessment, which is indispensable. According to preliminary estimates, enough forage is available in Polar Urals Natural Park for the bighorns. And they are not going to be rivals to reindeer at all because they inhabit a much higher mountain belt."

The local External Relations Department with the support of the Russian Arctic Development Center started drawing up a program to relocate bighorns on the Yamal Peninsula based on the obtained data.