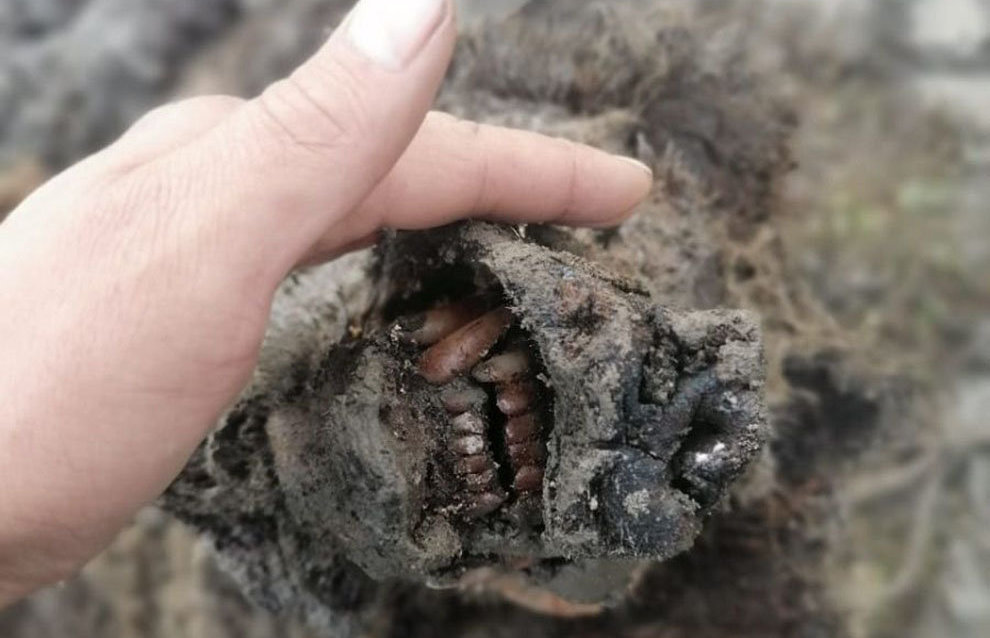 NEFU scientists to study the remains of a prehistoric brown bear

Reindeer breeders have discovered the carcass of an ancient bear on Bolshoi Lyakhovsky Island, which is part of the Novosibirsk Islands archipelago in the Arctic Ocean (Yakutia). The unique find will be studied by the staff of the Mammoth Museum laboratory of the Molecular Paleontology Center of the Research Institute of Applied Ecology of the North of the North-Eastern Federal University together with Russian and foreign colleagues.

According to the scientists' preliminary estimates, the ancient predator belongs to the Karginsky interglacial, but it is too early to talk about the exact age of the find.

"It is necessary to carry out radiocarbon analysis to determine the absolute age of the bear. The person who found the bear transferred the right to research it to the scientists of the NEFU, and a scientific program for its comprehensive study will be developed in the future," said Candidate of Sciences (Biology) Maxim Cheprasov, senior researcher at the Mammoth Museum laboratory.

To date, this is the first and only find of this kind where a whole bear carcass with soft tissues was found.

"It is completely preserved, all the internal organs are in place. The photograph shows that the bear even has a nose. Previously, only skulls and bones were found," said Candidate of Sciences (Medicine) Lena Grigoryeva, head of the laboratory at the Molecular Paleontology Center.

She added that a large international scientific project will be launched to study the find. Experts will have to study the bear's carcass, using all modern research methods: molecular genetic, cellular, microbiological and others.

"We plan to carry out research on the same scale as when studying the mammoth from Maly Lyakhovsky Island," Lena Grigoryeva said.

As yet, the scientists have not got the carcass. But another find of this species was discovered in the Abyisky District, and now negotiations are underway for its further scientific study.