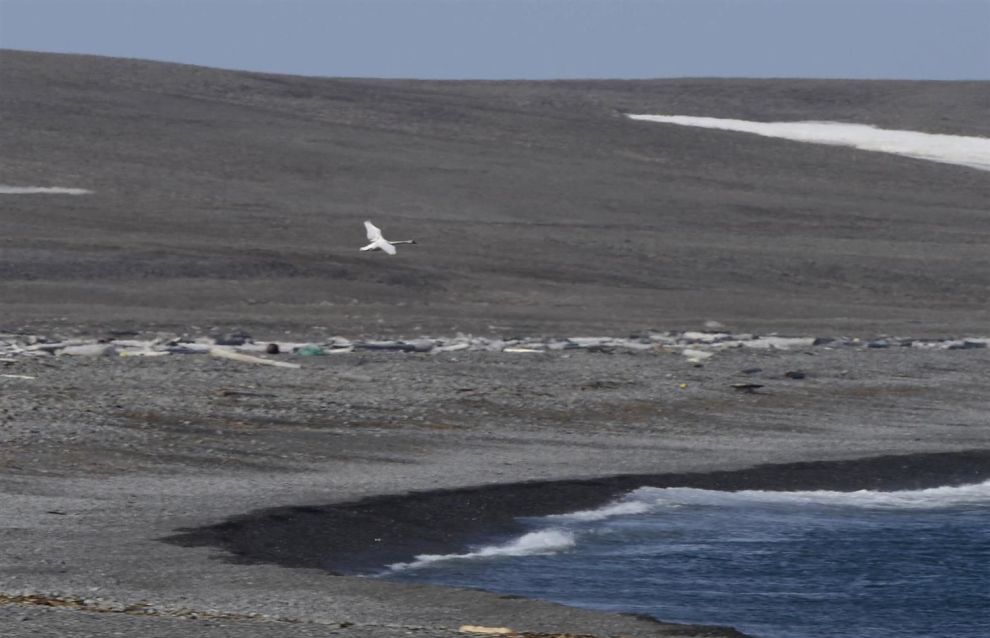 The discoveries were made by biologists during scientific work in the southern cluster of Russian Arctic National Park on Novaya Zemlya. The scientists found several bird species that are not typical for this region.

“During the summer expedition to the north of Novaya Zemlya, the scientists monitored the biological diversity of birds on the archipelago. The most unexpected encounter was the sighting of a barn swallow (Hirundorustica) and a European chiffchaff (Phylloscopus collybita). Both species are typical for more southern regions, and they have not been seen before in the protected area,” said Alexander Kirilov, director of Russian Arctic National Park.

He also added that at the beginning of July, scientists noticed three swallows hunting insects over the freshwater Lake Otradnoye at Cape Zhelaniya. This is the first time the species was spotted so far north, experts emphasize.

Later, on September 8, Yevgeny Ivanov, a researcher at the Severtsov Institute of Ecology and Evolution at the Russian Academy of Sciences, observed in the same place a European chiffchaff, which is also a new species for the area.

“Birds are sometimes brought from more southern regions by strong winds. One day, park rangers saw a mallard on Franz Josef Land, a species that is completely uncommon for this Arctic archipelago. The bird could get there with a strong southerly wind. Of course, global climate change in the Arctic could also attract swallows. We are witnessing the movement of species to the north. The annual monitoring of the area will help us understand how serious such processes are,” said Ivan Mizin (Ph.D. in Biology), deputy director for research at Russian Arctic National Park.

In addition, in the summer field season, biologists spotted a swan: it is noted that this is the second sighting in 10 years of observations regularly conducted at Cape Zhelaniya since the creation of the park. The bird was seen at the mouth of a stream near the Serebrennikov Spit. Unfortunately, as in 2015, the species could not be determined at a distance.

The expedition also captured the first images of a white-billed loon (Gavia adamsii) – a species included in the new edition of the Red Data Book of the Russian Federation – and a black goose (Branta bernicla).