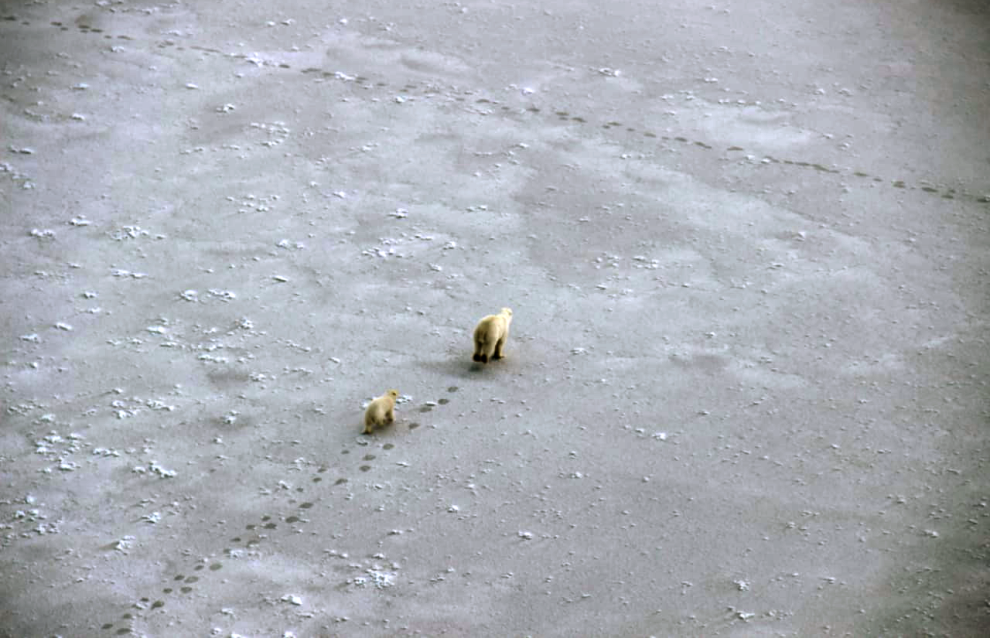 © Press center of the Republic of Sakha (Yakutia) in Moscow

Some 18 bears, including females with cubs, were spotted by the working group engaged in the aerial survey of these animals in the Medvezhyi Islands (Bear Islands) Nature Reserve in Yakutia. Experts also saw bear tracks leading to the sea, as well as tracks of other inhabitants of the nature reserve: reindeer, muskoxen, Arctic foxes and snowy owls.

“This was the first polar bear count using aircraft in the history of the Nizhnekolymsky District. Our primary task was to monitor the bears on the shore of the East Siberian Sea, rather than on the island,” said Ivan Suzdalov, deputy director of Lenskiye Stolby (Lena Pillars) National Park and head of the Medvezhyi Islands State Nature Reserve.

During field work in the nature reserve, in the section from Taimyr to Wrangel Island, experts recorded the highest number of maternity dens. In November, female bears usually enter dens for the winter to gestate their offspring. Then, in March, they and their cubs leave for the sea. However, experts note, over recent years, polar bears have traveled deeper into the continent more often. According to Ivan Suzdalov, a polar bear has recently been spotted as close as 15 kilometers from a village of the descendants of the Russian settlers of Siberia.

This year, polar bears came to the continent shore as early as ever: on July 20. Scientists at the Institute of Biological Problems of Cryolithozone of the Siberian Branch of the Russian Academy of Sciences are exploring the reasons for such behavior.

Suzdalov also added that the current aircraft-assisted count was made possible by the joint efforts of government agencies. It was decided to hold surveys twice a year. The next one will take place in the spring without the use of aircraft.