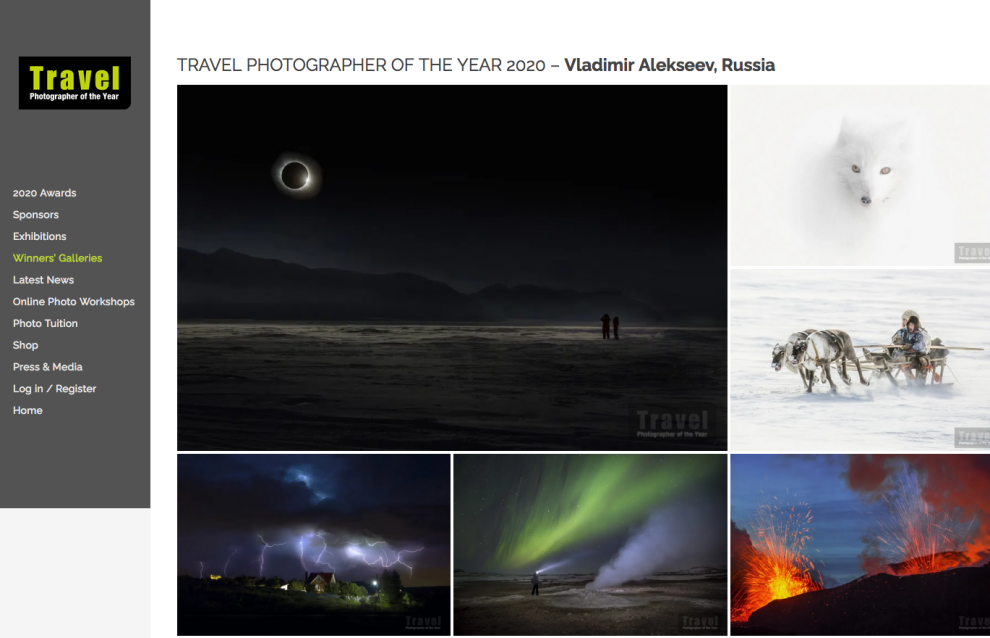 © Travel Photographer of the Year Ltd

“My hands and parts of my face were freezing while I was photographing the tundra. I was apprehensive while shooting the solar eclipse because a polar bear was wandering nearby. But the most important thing, I think, is not even photography as such or the mini-story I made – it is something that all people have in common, which is highlighted by photography as a form of creativity and art. It is about the love of nature, consideration for other people and the world around us. It is the love of discovery, adventure and, ultimately, freedom,” Vladimir Alekseyev shared.

As the photographer noted, his road to victory took several years, but recognition came when he had already realized himself as a professional photographer and joined socially-oriented activities.