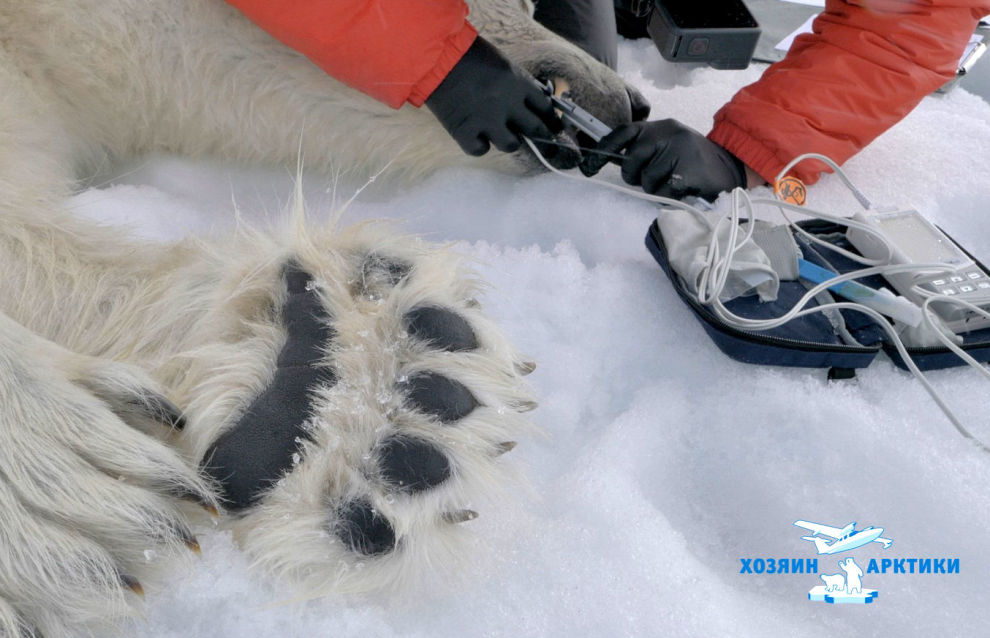 The second expedition group of the environmental project held to study the polar bear has returned to Arkhangelsk. Scientists taking part in the Master of the Arctic project spent 20 days aboard the Mikhail Somov research and expedition vessel.

During the expedition, the expedition members visited the polar station on Cape Svyatoy Nos and studied islands in the Novaya Zemlya and Franz Josef Land archipelagos.

The expedition’s main goal was to estimate the number of polar bears in the area, learn more about their migration patterns and routes, as well as to tag some polar bears. The project also included a survey of marine mammals and the assessment of the environmental situation in the Arctic as a whole.

“For the first time we went on an expedition aboard a vessel where it was possible to work from a helicopter. Thanks to this, we could approach the objects of our interest faster and get closer. Each of the six flights was effective: we tracked the animals and examined them. Satellite collars were put on two female polar bears, and biological samples were taken from male polar bears,” said Ilya Mordvintsev, scientific head of the expedition’s second stage, leading research fellow at the Severtsov Institute of Ecology and Evolution at the Russian Academy of Sciences.

In the near future the research vessel will again set out for the Arctic.

The Master of the Arctic project was held for the second consecutive year at the initiative of the Federal Service for Supervision of Natural Resources (Rosprirodnadzor) with support from the Arctic Initiatives Center autonomous non-profit organization, by scientists from the Severtsov Institute of Ecology and Evolution at the Russian Academy of Sciences and employees of the Clean Seas International Environmental Fund. The Arkhangelsk Region Ministry of Forestry supported the project in the region.