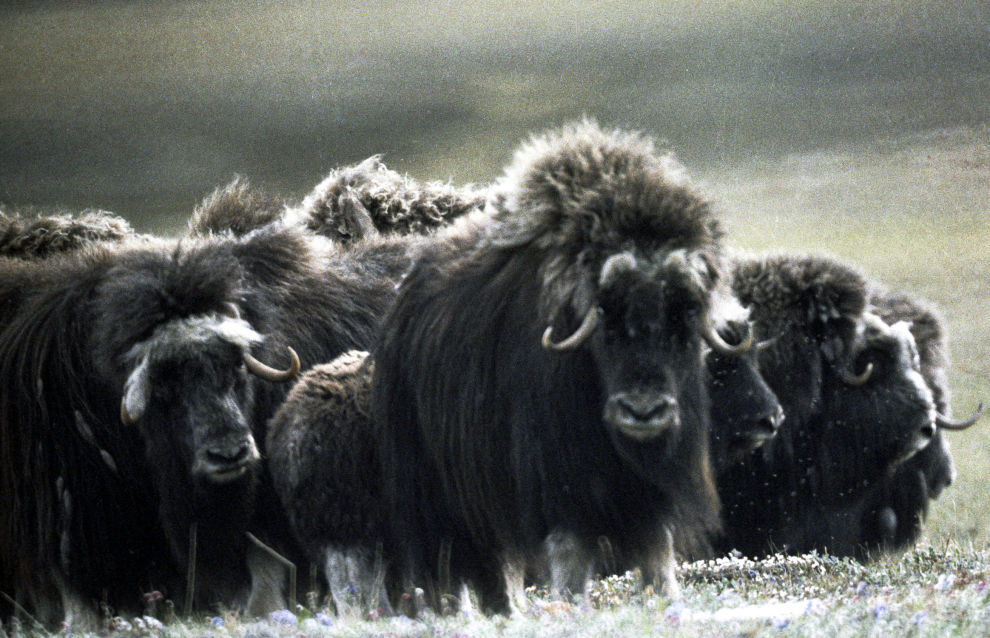 Specialists from the Severtsov Institute for Ecology and Evolution Problems of the Russian Academy of Sciences continued to study the musk ox population at Ingilor Nature Park. This year, scientists will collect material for genetic research that will help determine the degree of inbreeding in the captive population of the animals, assess the degree of current risk, and develop measures to minimize it.

The plan includes carrying out a total aerial count of the animals in the Autonomous Area and along 4.6 km of an adjacent mountainous part of the Komi Republic using light aircraft. This will make it possible to estimate the total wild population of the musk ox and its distribution in the habitat.

“We put a GSM collar on an ox to test it. We used satellite collars before, but the service life was shorter which made it impossible to obtain the full picture of oxen movement in the area or to identify seasonal habitats and migration routes,” said Taras Sipko, senior researcher at IPEE.

By the end of the year the researchers will develop a report based on the received data and submit it to the regional department of natural resources and ecology to determine the next steps in breeding or resettling the oxen in the district.

“The effective and productive implementation of the project to breed and resettle the musk ox in the autonomous area is impossible without a comprehensive approach. Regular study of the animals is an important part of such an approach. We will use science to carry out the first genetic research of our musk oxen and for a large-scale search for the animals in their natural habitat, as well as to develop common approaches and principles for the resettlement of valuable animals like the musk ox,” added Vitaly Borisyuk, Head of the Department of Specially Protected Nature Territories and Wildlife Monitoring of the Department of Natural Resources and Environment of the Yamal-Nenets Administrative Area.

Back in March, scientists carried out the first stage of studying the unique wild animal and put satellite collars on two males and one female from the formed free herd. Thanks to the world’s largest musk ox breeding ground in the Polar Urals, the musk ox population is growing steadily. Twenty-two calves have been born there this year.