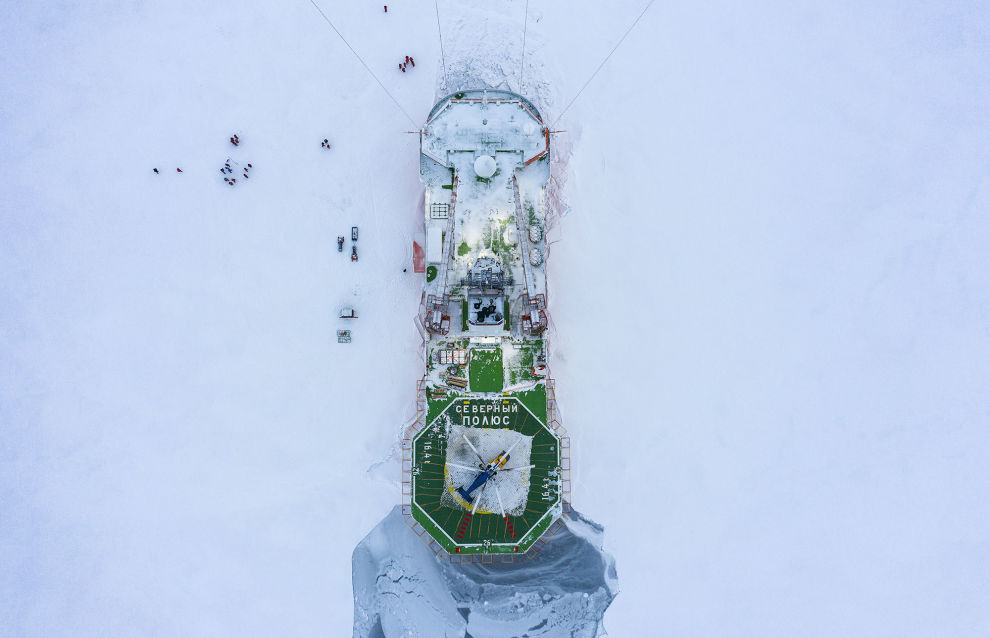 Members of the North Pole 41 platform expedition are now recording observations. It took them about a month to deploy their scientific laboratories and testing sites 500 kilometers from the drifting platform, but observations are now underway.

The combined testing site consists of geophysical ice research and meteorological facilities and laboratories, an oceanographic terminal, a magnetic pavilion, a workshop, an ice morphometric testing site and the Toros (Tussock) testing site.

Scientists are now working at the ice research base and in laboratories aboard the North Pole 41 platform. The expedition members are planning to conduct over 50 different research projects and observations to study Arctic environment, various climate patterns and climate change trends and causes, as well as the Arctic region’s biodiversity.

“Incoming data will make it possible to describe how the climate will change in the next few decades. It will also help maintain safe navigation through the Northern Sea Route, implement major infrastructure projects and obtain new evidence to substantiate the Russian Federation’s claim to expand its continental shelf boundaries in the Arctic Ocean. The new work format with the ice-resistant platform, which has become a comfortable and safe home for polar explorers, has proven effective during the early stages of the expedition. It took about a month to set up the expedition camp. The camp will soon receive a vehicle parking and maintenance facility, and we will continue to deploy a unique measuring system that will study large sea-ice fluctuations and the impact of atmospheric disturbances on them. We will also start building a runway in January,” Director of the Arctic and Antarctic Research Institute (AARI) Alexander Makarov said.

During the first month of the drifting station’s operation, scientists launched a deep-sea oceanographic system and started taking regular soundings of the Arctic Ocean.

“They are moving to analyze soil and water samples to evaluate overall changes in biological species, quantitative phyto-plankton, zoo-plankton and benthos parameters. The geologists are using deep-sea equipment to scoop up seabed soil, and they analyze these samples at the ship’s laboratories. They will determine their mineral and geochemical composition, pore waters and gaseous inclusions,” an AARI press release noted.

Ice researchers are also working to study the morphometric and mechanical properties of sea-ice formations and their probable durability.

“Experts have studied lower sea-ice sections with sonar. A network of hydrometeorology observation stations based on 15 self-contained buoys is spread throughout the 16-km research area. The data obtained will help study mesoscale and local changes in heat-and-mass exchange processes inside the system of atmospheric layers, snowdrifts and sea-ice formations and subsurface ocean layers, as well as the formation of inner ocean waves,” the AARI press release added.