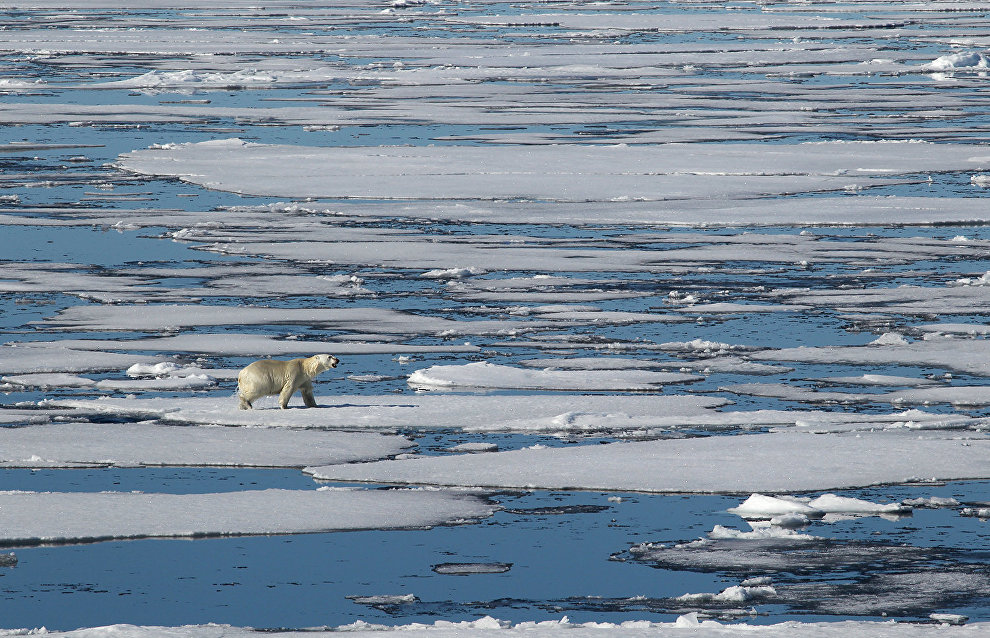 In 2015, Russia submitted a revised application to the UN to expand its continental shelf in the Arctic due to the accession of the Lomonosov underwater ridge, which extends toward the North Pole, and other formations. According to the UN Convention on the Law of the Sea, to extend the shelf, it is necessary to prove the continental nature of adjacent geological formations on the ocean floor.

"The Lomonosov Ridge connects our shelf and the Greenlandic shelf, which is Danish. So, theoretically, we can both expand our continental shelves. If our applications are approved by the UN commission, Russia and Denmark will share the ridge in the middle, somewhere near the North Pole," Lobkovsky said.

According to Lobkovsky, in order to divide the shelf between Russia and Denmark at a middle point, it would be necessary to count off sea miles from the coastal zones of each country.

"This is a simple task, the geometry of the compass. Perhaps, they would get the North Pole if it is two miles closer. Or perhaps, we'd get it," the geologist said.

As previously reported, in December 2016, Russia began negotiations on the shelf with Denmark, which also applied to the UN to expand its continental shelf. The Danish application overlaps with the Russian application.

In 2001, Russia announced its claim to the hydrocarbon-rich shelf section, including the Lomonosov Ridge and the Mendeleev Rise, but its application was rejected due to a lack of geological information. New expeditions to the North Pole, geological and geophysical research in the Arctic Ocean to study the geological nature of the Mendeleev Rise and the Lomonosov Ridge including a bathymetric survey have taken over 10 years. The estimated hydrocarbon resources of the areas under consideration are 4.9 billion tons of equivalent oil and gas.