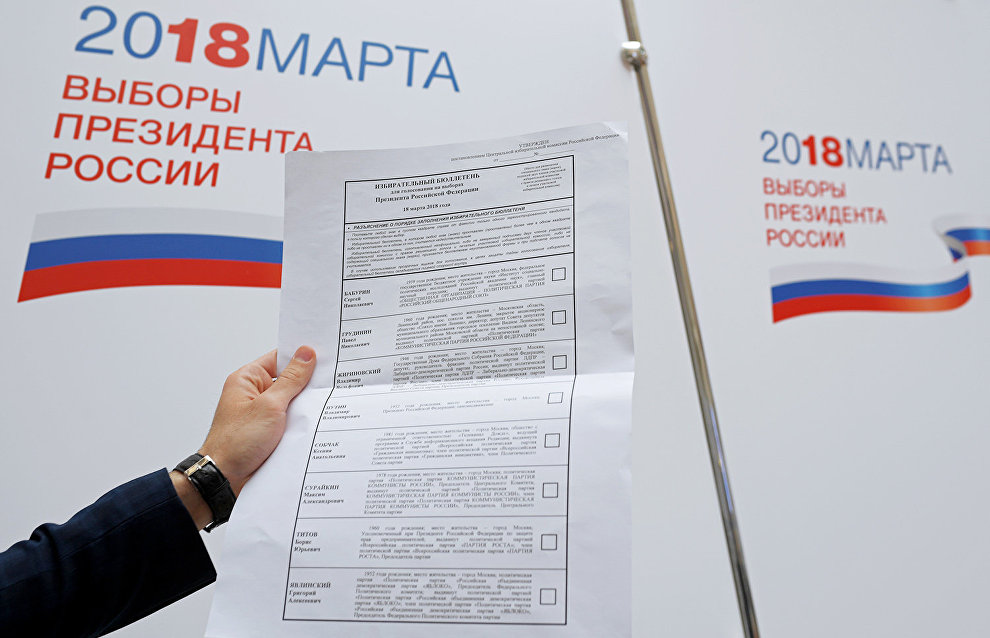 Over 160 voters cast their ballots at remote polar stations in early voting ahead of the March 18 presidential election in Russia, Viktor Pankevich, head of the St. Petersburg Election Commission, said on Monday.

"By March 12, 162 voters have cast their ballots at five polar stations," the official said. He added that temporary polling places were created on board 103 vessels at sea and at seven polar stations, two of them in the Arctic. On-board-ship voting continues.

According to the Arctic and Antarctic Research Institute, 19 members of the Cape Baranov Ice Floe Base were able to vote on March 6. Early voting was organized at all Russian stations in Antarctica.