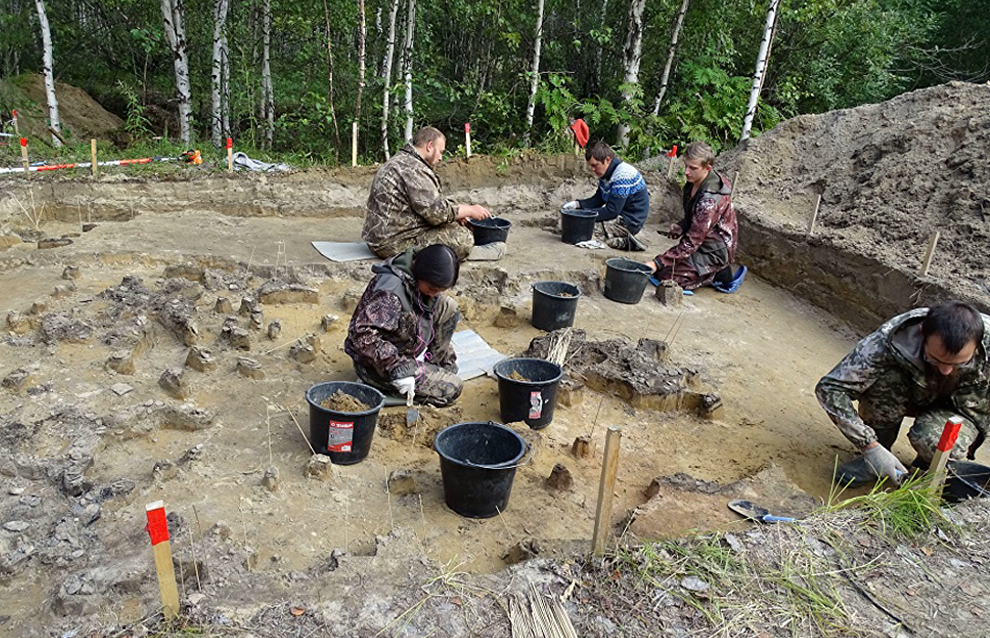 Archeologists from the Arctic Research Scientific Center found the remains of a wooden structure at the Salekhard 4 Settlement. Supposedly they are from a Bronze Age dwelling, with pieces of ceramics and stone tools.

"During this field season, scientists made a small excavation, revealing the remains of a wooden structure: apparently, the edge of a Bronze Age dwelling. The main part of the dwelling has not survived since the landmark was partially destroyed in the middle of the 20th century during the construction of the pier of an oil depot. Fragments of ceramics from the Bronze Age and the Middle Ages and stone tools such as knives, knife-like plates and arrowheads were added to the collection of finds. Scientists will donate them to the Shemanovsky Regional Museum and Exhibition Complex. Soil samples will be sent to laboratories for further evaluation," the report on the Yamal-Nenets Autonomous Area's website reads.

According to the archeologists, the uncovered dwellings belong to the Aeneolithic Yasun culture, which moved northward at some point in its history and changed to other types of economic activities due to living in a different climate. Semisedentary hunters and fishermen built long-term dwellings in the south of the Yamal Peninsula and started hunting wild reindeer. This hypothesis is confirmed by animal bones, as well as completely different types of stone tools, now made for hunting and processing animal skins. In order to prove this theory, archaeologists plan to continue studying ancient landmarks in the Yerkutayakha River basin and, in the future, start looking for new evidence of the migration of these ancient people from south to north.

The experts will also be able to use these data to make a prognosis on how the climate and ecosystems compare with today's conditions. The research will give the archeologists new information on why people settled around the Arctic.

It is noted that this field work was carried out as part of a Russian Foundation for Basic Research grant aimed at reconstructing ancient paleoecological conditions. Yamal scientists gathered samples of soil in cultural layers that range from Aeneolithic until today. Paleoecological research will help to form a better understanding of the development of the traditional economies and the geographic range of the ancient peoples that settled in the Arctic.