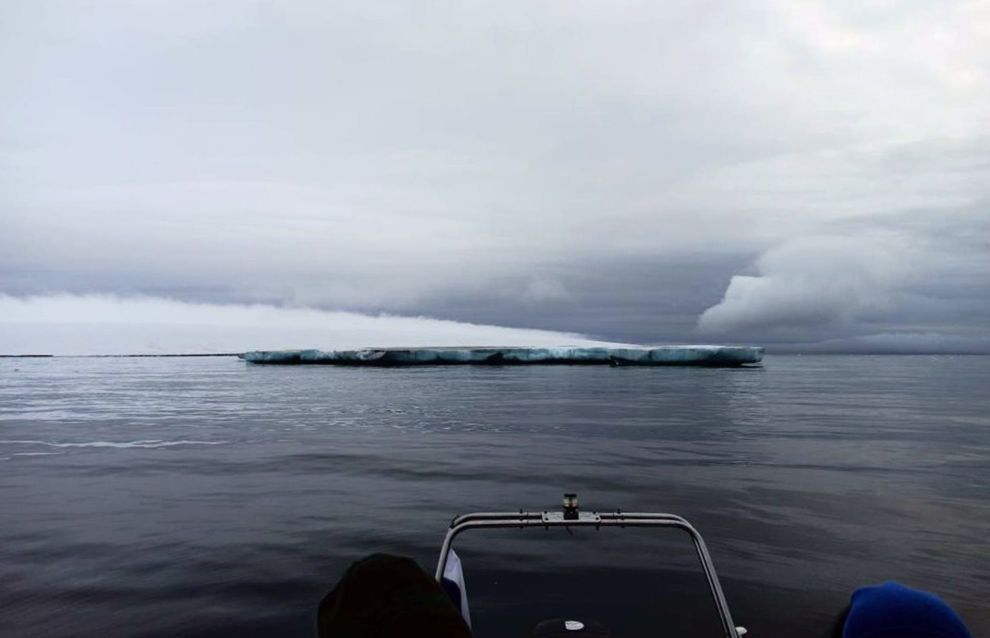 Eva-Liv Island in the Franz Josef Land Archipelago has almost lost a peninsula. A 3-km-long strait has formed between the main land and the melted part where Cape Mesyatsev is located.

“Based on our observations, we concluded that the cape initially was a glacier. The remaining part of it is now a piece of a glacier that stands on a sandbank. This discovery requires attention from the hydrographic department and changes to the sailing directions. The map of this island was compiled in the middle of the past century and has become outdated,” said Alexander Kirillov, director of the national park. 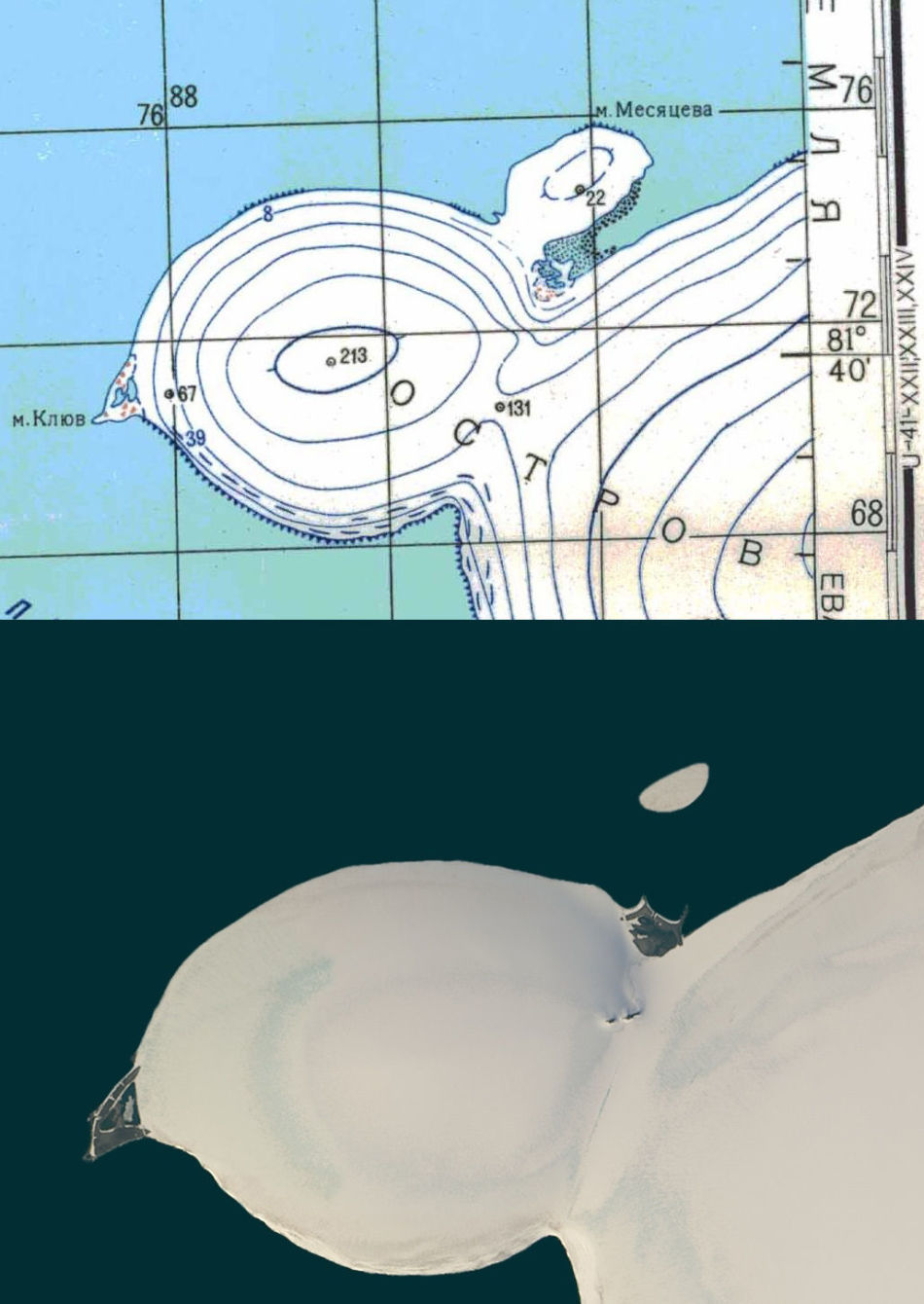 Yevgeny Yermolov, head of the national park’s department for the preservation of historical and cultural heritage, said the melting of glaciers takes more than one year.

“The first reports about the separation of the Cape Mesyatsev peninsula from Eva-Liv Island appeared in 2017. We managed to confirm this information this year. Authentic evidence is provided by photos and videos taken from a quadcopter by Alexandra Barymova from Moscow State University’s Marine Research Center. She shared it with us,” he noted.

This is not the first time Eva-Liv Island has surprised travelers. When Fridtjof Nansen discovered it, he thought he had found two islands and assigned two names to them. He called the bigger one “Eva” in honor of his wife, and the smaller island “Liv” in honor of his daughter.

However, members of a Soviet expedition on the Nikolai Knipovich vessel found out in 1932 that Liv was just a peninsula on the westernmost tip of Eva. Since then, the island has had a double name.