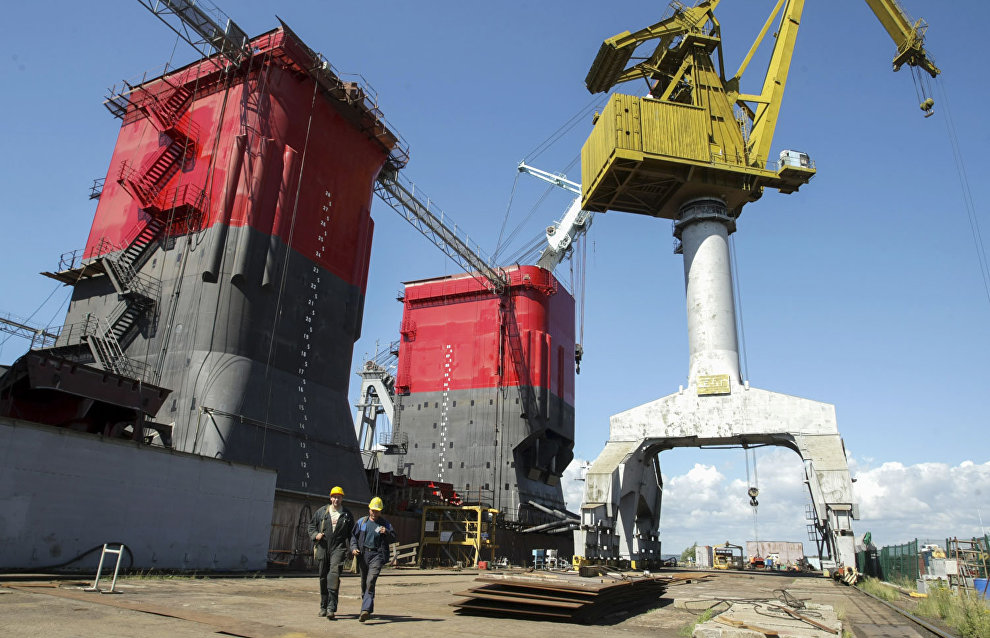 Icebreaking patrol ship laid down in the Leningrad Region

The keel of the Purga-class ice-strengthened border patrol ship (Project 23550 Ermak) was laid down at the Vyborg Shipyard in the Leningrad Region.

"Today is a special day for the Russian Federal Security Service's border service. A border patrol vessel for ice navigation was laid down. Russia's huge resources in the Arctic, the Northern Sea Route, the close attention that foreign states pay to this Russian zone, obviously, require that we expand our fleet to guarantee border security. We have long been waiting for this day," said Vladimir Kulishov, Director of the Federal Security Service's border service, at the keel-laying ceremony.

The ship will be assigned a high ice class and equipped with modern arms and computerized systems. When construction is completed in around four years, the vessel will join the border authority fleet and serve in the Russian Arctic waters all year round.

The Vyborg Shipyard is one of the largest shipbuilding facilities in northwestern Russia. The shipyard was founded in 1948. In 70 years, the shipyard has produced more than 210 vessels for various purposes, nine offshore drilling platforms and 105 modules for topside facilities for oil and gas field development.