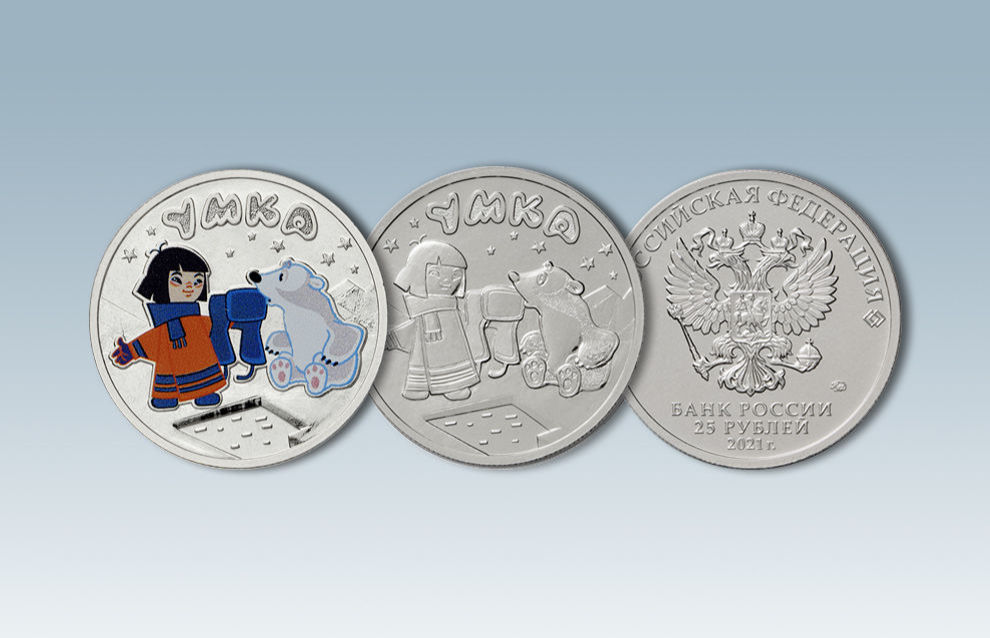 On June 30, the Bank of Russia will issue commemorative coins minted of silver and non-precious metals with images of Umka the polar bear cub.

“Umka the polar bear cub from the animated film of the same name, popular among many generations of viewers, will be featured on the commemorative coins issued by the Bank of Russia. The animated film was directed by Vladimir Popov and Vladimir Pekar and written by Yury Yakovlev. It was originally released by Soyuzmultfilm in 1969,” the Press Service of the Bank of Russia reports.

The bank will issue two types of coins, silver coins worth 3 rubles and 25-ruble coins minted of non-precious metals, including with a colored coating. 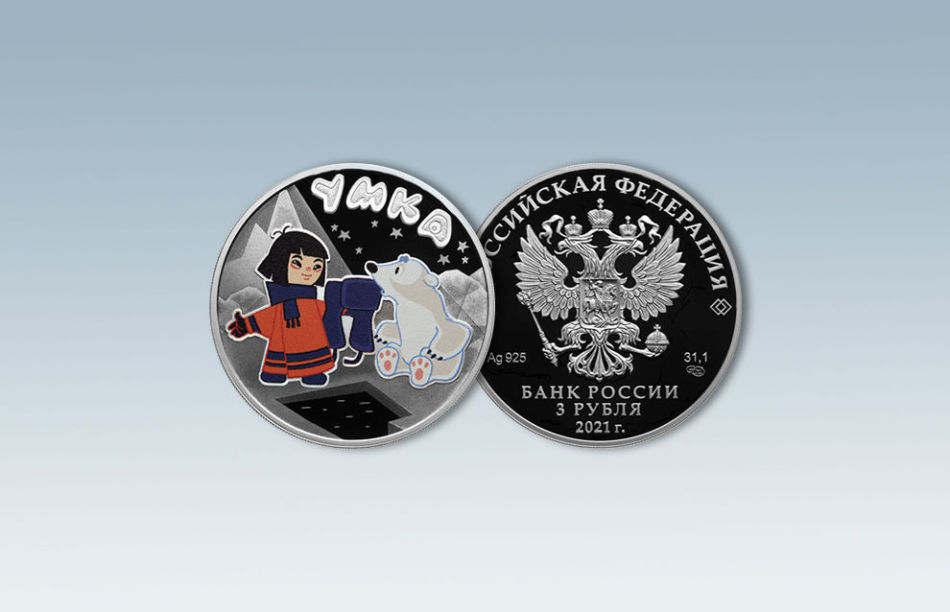 The reverse side of the three-ruble silver coin contains a colorful image of characters from Umka among ice and below a starry sky, created using the laser frosting technique, and the word “Umka” at the top. The mintage is 7,000 coins.

The reverse side of the 25-ruble coin minted of non-precious metals contains an embossed image of the cartoon characters, also among ice and below a starry sky, with the word “Umka” at the top. Some of the coins have colored finishing. The mintage of non-colored coins is 850,000 and colored coins is 150,000.