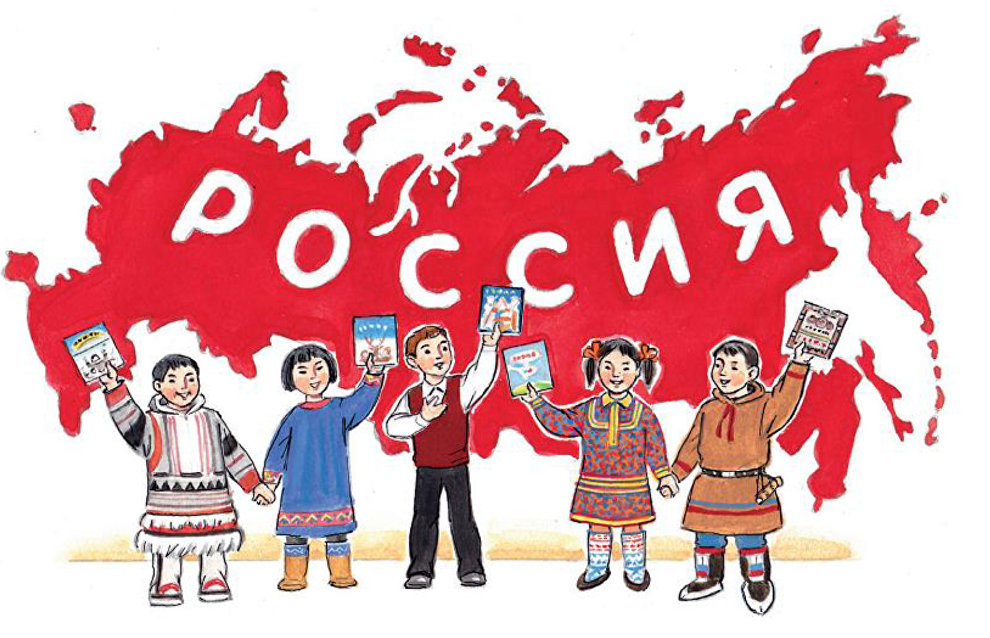 200 alphabet books and workbooks published in the Enets language

The first alphabet book and workbooks in the Enets language have been released, with 200 copies printed in the first edition. These class materials will be sent to Taimyr schools by September 1, 2020.

"Certainly, for students the material is organized in accordance with all requirements for educational materials for first-graders. We incorporated Enets riddles, tried to make the material interesting, came up with various diagrams, arrows and colorful inserts in the text, so that children find learning fun. The texts in the books deal with subject matters that are helpful both to adults and kids, discuss the traditional occupations of Enets people, describe schoolday routines and encourage a healthy lifestyle," general director of the Almaz-Graf publishing house Marina Rachinskaya told Arctic.ru.

The Enets are one of the small indigenous peoples of the Russian Arctic region who speak a language belonging to the Samoyed group of languages. Until recently they were the last nationality of the Russian North with no alphabet. According to the 2002 census, there are 327 representatives of this ethnic group who mostly live in tundra villages on the Taimyr Peninsula.

Darya Bolina, a language expert born on the Taimyr Peninsula, is the academic editor of the recently published materials. She said that the alphabet is based on Cyrillic script but, unlike the Russian alphabet, has 37 letters including a few extra for sounds characteristic of this language.

"The language belongs to the Samoyed group of languages in the Ural language family. Closely related languages are the Nenets and Nganasan languages, so there are sounds typical of related languages. The velar N is a guttural occlusive sound. The E sound is peculiar, it is neither like E nor A, it is in-between and in the alphabet book it looks like O with a triangle on top," Bolina said. 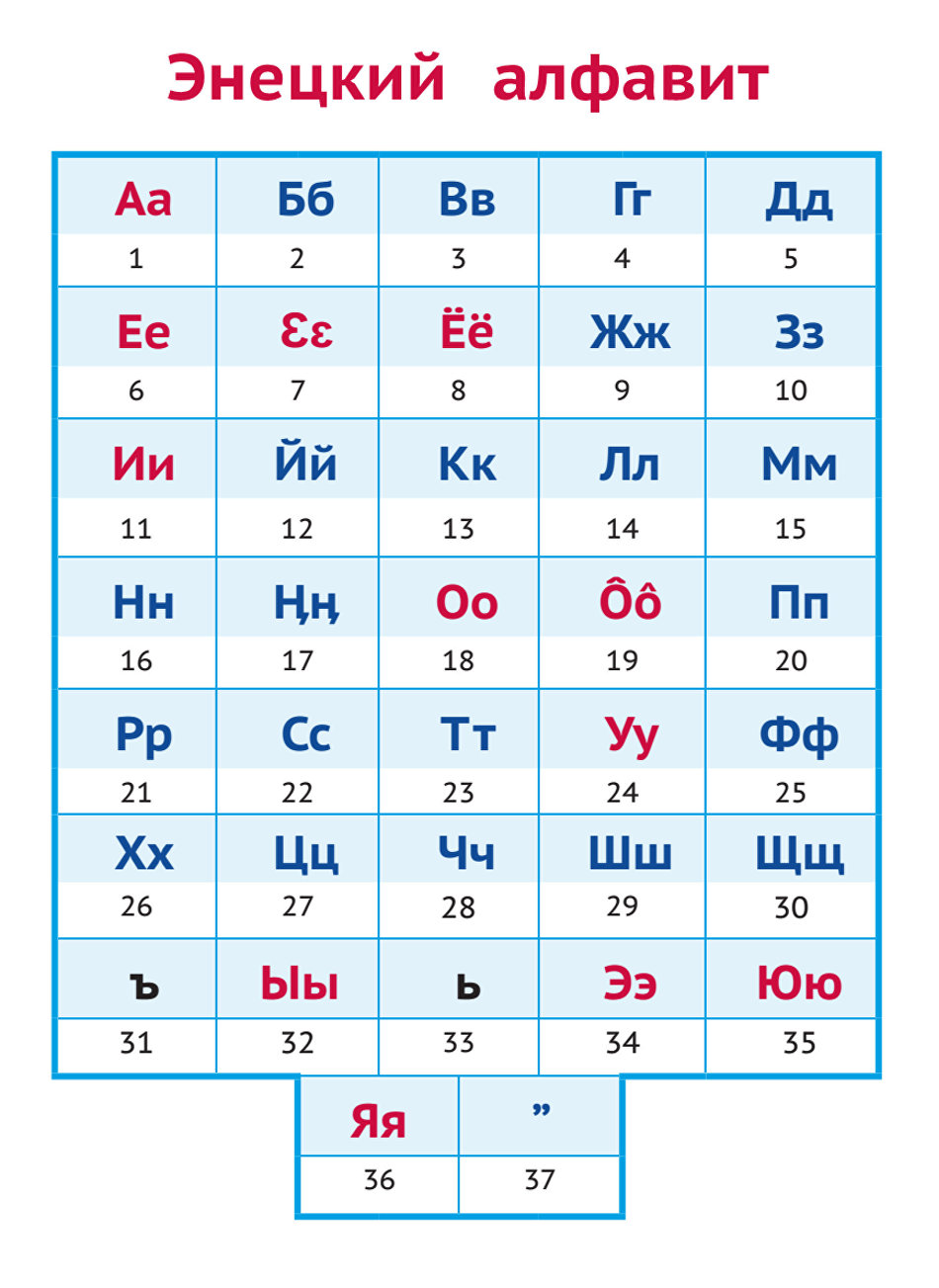 "The work took a long time because the first pilot edition stirred up controversy about the letters. However, changes were kept to a minimum in the current edition. A lot of work was done on orthography," Bolina said and added that it was also difficult to make the workbook because it was necessary to create letters for the sounds and also to consider the methodological side of each page. 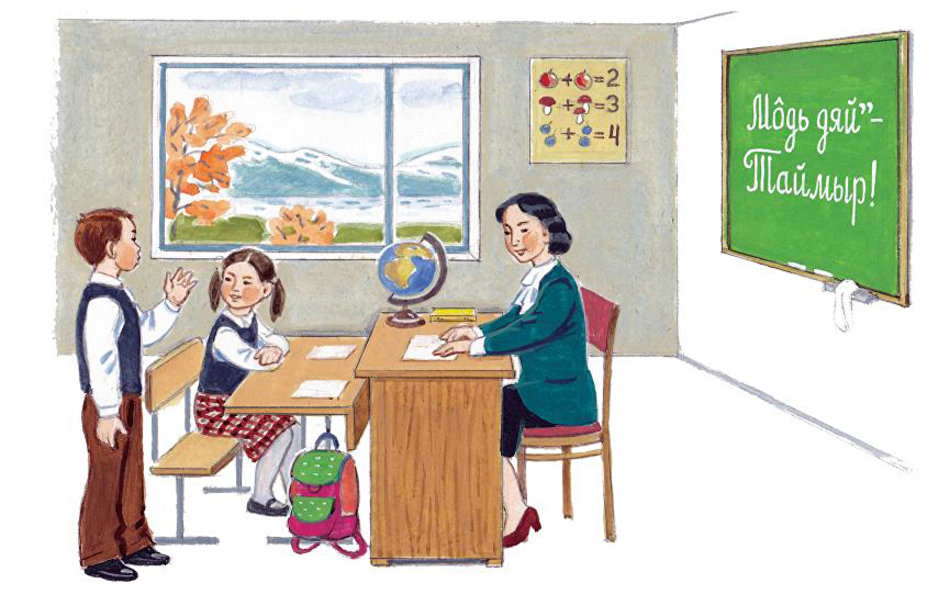 "The workbook was made in the same way as for other languages. There are samples of writing and small logic activities, shaping the skills of writing in different fonts and writing ornately shaped elements of letters," said the creator of the first Enets alphabet book.

Bolina added that these training materials for the language, which is in the critical stage of dying out, are a significant move to preserve Enets culture.

The illustrations in the educational materials also warrant mention. They were made by artist Yevgeny Tsiolik. Thanks to his meticulous work, the clothes and everyday life of the Enets are accurately rendered on the pages of the alphabet book. 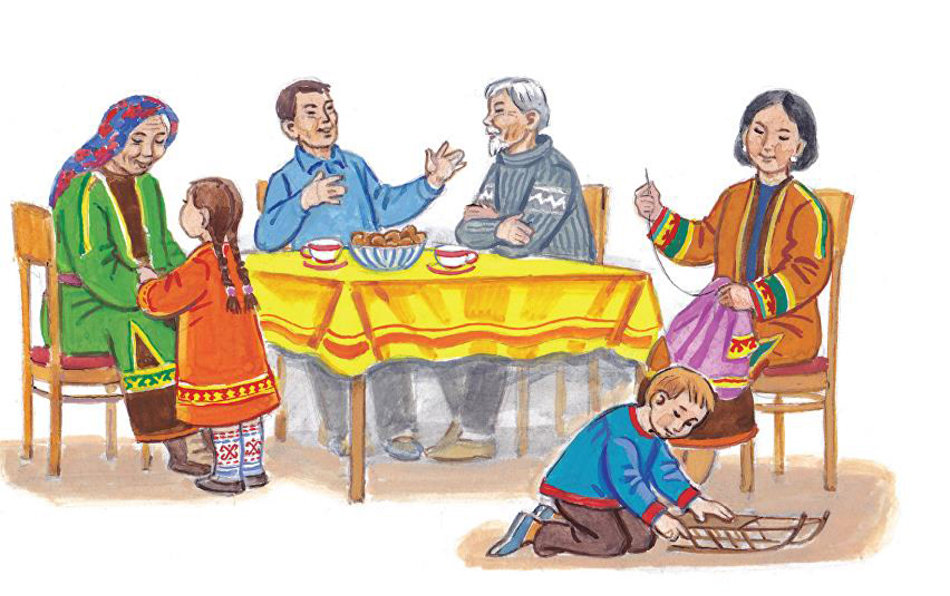 "I aimed to depict the native people's life very accurately in my drawings: what a sledge or a balok (portable sled-mounted cabin — editor's note) looks like and there were many corrections concerning details of the clothes," Tsiolik said.