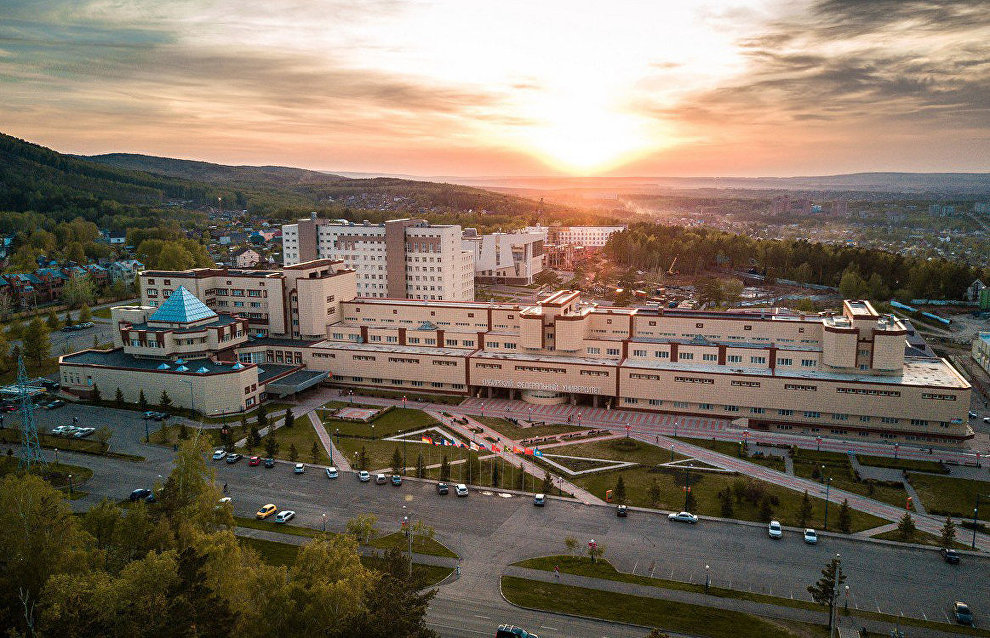 The Institute of the North and the Arctic opened at the Siberian Federal Institute in Krasnoyarsk. Deputy Chairman of the Krasnoyarsk Territorial Government Anatoly Tsykalov, Deputy of the Territory's Legislative Assembly Valery Farukshin, and Arthur Gayulsky, President of the Territorial Association of Small Indigenous Peoples of the North, attended the official opening ceremony.

The University's Rector Maxim Ruymantsev showed the visitors the new lecture-rooms that will be used all the time by the first students. The Institute is located inside a new building on the Krasnoyarsk campus. Its main faculties will also be established in Tura, Dudinka, Igarka, Turukhansk and Norilsk.

"The International Northern School is called on to train young people who live in the North, including representatives of small indigenous nations, and to prepare them for enrolling in the Institute of the North and the Arctic. The International Arctic Business School will retrain residents of the Krasnoyarsk Territory's northern areas and it will offer them advanced training courses. They will receive additional knowledge for working in the North," Anatoly Tsykalov pointed out. He also thanked the top managers of the Northern Federal University for all the work they've put into establishing the Institute and expressed hope that it would become the main facility for training specialists, due to develop Arctic and northern territories.

The Institute was established on orders from Alexander Uss, Head of the Krasnoyarsk Territory. Famous scientist, Arctic and Antarctic explorer Arthur Chilingarov, an Associate Member of the Russian Academy of Sciences, a State Duma Deputy, a Hero of Russia and the First Vice President of the Russian Geographical Society, will become the Institute's head of research.

The International Arctic School also opened in Yakutsk in an impressive setting. Head of the Republic of Sakha (Yakutia) Aisen Nikolayev, Chair of the Standing Committee of the State Assembly (Il Tumen) of the Republic of Sakha (Yakutia) on Science, Education, Culture, Media Outlets and Public Organizations' Affairs, Feodosia Gabysheva, and Mikhail Sivtsev, the Republic's Minister of Education and Science, as well as the Director of the International Arctic School Sardana Tatarinova, attended the opening ceremony.

The new education institution is called on to integrate the best international education practices. The School's graduates will be able to master the international community' experience, to comprehend regional specifics, and they will facilitate the sustainable development of the North and the Arctic.

The hosts organized a guided tour for the School's visitors who went to the Planetarium and the IT Laboratory boasting state-of-the-art equipment, as well as a foreign languages classroom, a video studio, a music classroom, a dance floor and a gym.

Head of Yakutia Aisen Nikolayev noted that the opening of the International Arctic School was a new milestone in the development of the republican education system. "The people's desire, multiplied on a balance and education-and-science competences of our republic, are working miracles. In all, 185 children from all over the republic, from 22 municipal districts and Yakutsk city have passed a rather difficult competition, and they are now entering this school. This is a wonderful achievement, and I am quite confident that this school's education system will be built along entirely different lines. This will be nothing else but a real world-class education facility. Students should learn and gain knowledge on a par with the best schools abroad," he added.

Feodosia Gabysheva, Chair of the Standing Committee of the State Assembly (Il Tumen) of the Republic of Sakha (Yakutia) on Science, Education, Culture, Media Outlets and Public Organizations' Affairs, noted that the opening of the International Arctic School was a history-making event, and that this now was the only such school in Russia's entire Far East. She also added that the School's concept had been approved at top level, that is, at a meeting of officials from Russia's permanent mission to the UN, at the UN Permanent Forum on Indigenous Issues and at the General Assembly of the Northern Forum.

In turn, the Republic's Minister of Education and Science Mikhail Sivtsev noted that the International Arctic School would soon become the main driving force of the entire Yakut education system.

"Today, we realize that we are moving to a new level of the republican education system's development. Presidential schools were established in the republic some time ago. We are now establishing an international-rank school <…> It goes without saying that the School will help support other republican schools. For example, we are talking about experience exchanges, the testing of new models in organizing the academic process," he said in conclusion.