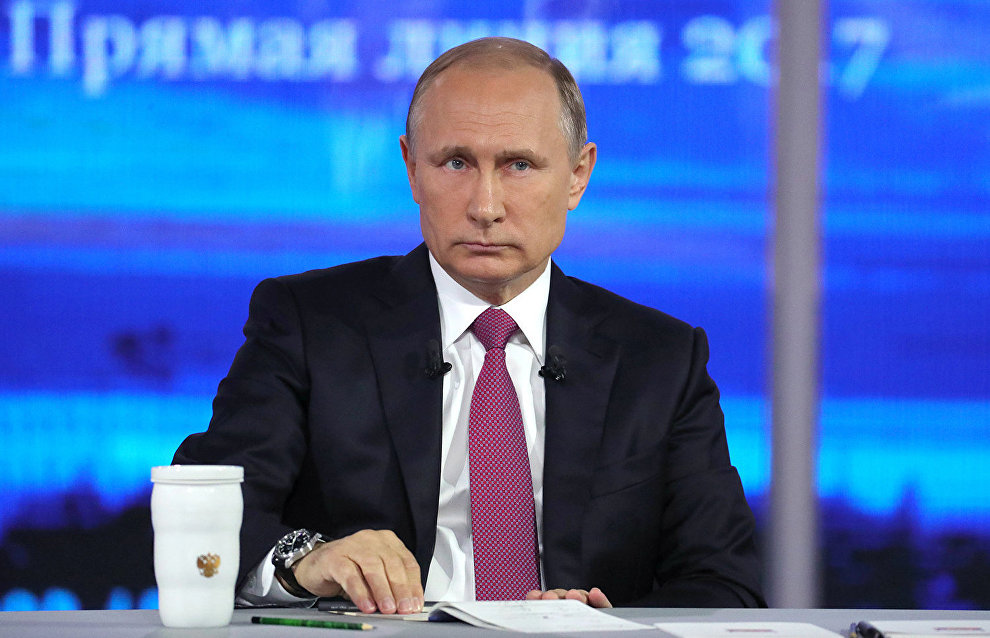 Vladimir Putin: The Arctic is an extremely important region, which will ensure the future of Russia

During the Direct Line TV television program, Russian President Vladimir Putin spoke about the importance of the Arctic for Russia and the country’s key priorities of in this area.

The Arctic is an extremely important region, which will ensure the future of our country. Mikhail Lomonosov once famously said that Russia would expand through Siberia. I can say with confidence that Russia's power and capabilities will expand as we develop the Arctic region.

As I mentioned at a meeting held in the Arctic, by 2050 about 30 percent of all hydrocarbons will be produced in the Arctic area. Some of our major projects are already being implemented there with NOVATEK building a plant, a company town, an airfield, and a port in the Arctic zone. Production has already begun in the Arctic.

Therefore, from an economic point of view, this is critically important. Especially so if the climate is going to change. Despite a cold spell in Moscow, the global warming trend will continue, meaning that the navigation period in the Arctic zone will get longer. In turn, this means that the Northern Sea Route will be used much more actively than now. The navigation period will go from the current one or two months to four and even five months.

The so-called non-regional powers are showing an active interest in this region. That is a good thing, and we are willing to cooperate with them, but we must ensure our priority interests.

I went to Franz Josef Land recently. The people who work there told me that many tourists go there, including those from other countries, and some tour guides have already told tourists that these islands used to be part of the Soviet Union.

This should put us on alert, as it is our territory. So, we need to ensure the use of these routes, develop our economic activity in these areas, and ensure our sovereignty over these territories. Let us not forget about the purely military aspect of the matter: it is an extremely important region from the point of view of ensuring our country's defense capability.

I do not want to stoke any fears here, but experts are aware that US nuclear submarines remain on duty in northern Norway, the time it takes a missile to reach Moscow is 15 minutes, and we need to have a clear idea of what is happening there. We must protect this shore accordingly, and ensure proper border guarding.

On top of everything, from the point of view of strategic weapons, the flight route of the ground-based missiles located in the United States passes precisely above the North Pole. I hope it will never come to that, but since we are aware of it, we just need to make sure that the missile warning system and the missile launch control system are in place.

This is what the Arctic means to us. We had not engaged in this work before not because it is unimportant, but because we were unable to afford it. We just let it go, as, unfortunately, we did many other things that are critically important for our country. Now we are back to it, I hope, for good.