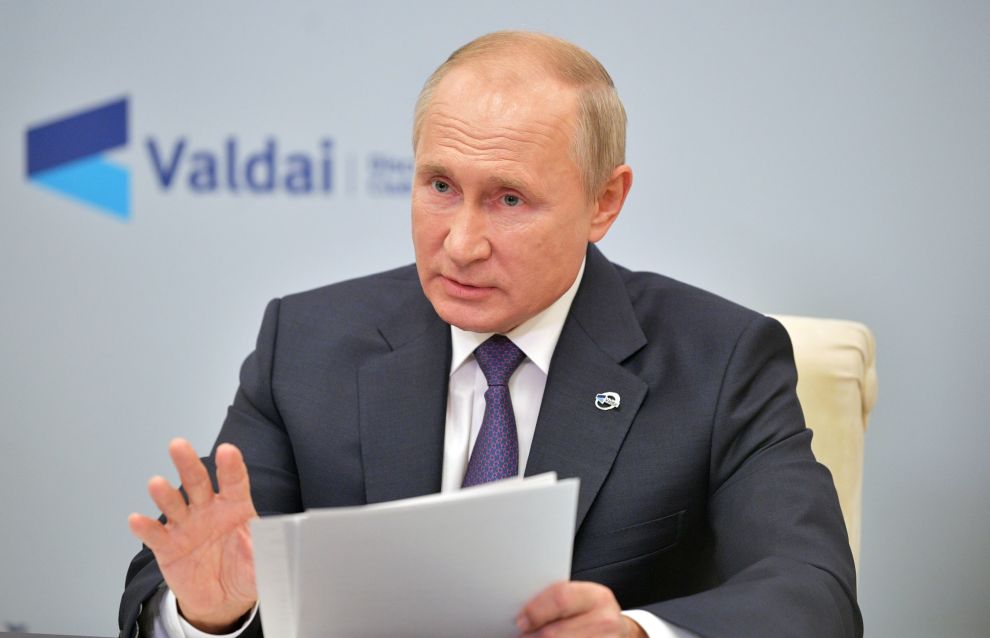 Vladimir Putin: It is important to establish a harmonious relationship between man and nature

President of Russia Vladimir Putin took part, via videoconference, in the final plenary session of the 17th annual meeting of the Valdai International Discussion Club. In his address, he spoke about many international issues, including the need for environmental protection and the problems of climate change and thawing permafrost.

Vladimir Putin: Many of us read The Little Prince by Antoine de Saint-Exupéry when we were children and remember what the main character said: “It’s a question of discipline. When you’ve finished washing and dressing each morning, you must tend your planet. … It’s very tedious work, but very easy.”

I am sure that we must keep doing this “tedious work” if we want to preserve our common home for future generations. We must tend our planet.

The subject of environmental protection has long become a fixture on the global agenda. But I would address it more broadly to discuss also an important task of abandoning the practice of unrestrained and unlimited consumption – overconsumption – in favour of judicious and reasonable sufficiency, when you do not live just for today but also think about tomorrow.

We often say that nature is extremely vulnerable to human activity. Especially when the use of natural resources is growing to a global dimension. However, humanity is not safe from natural disasters, many of which are the result of anthropogenic interference. By the way, some scientists believe that the recent outbreaks of dangerous diseases are a response to this interference. This is why it is so important to develop harmonious relations between Man and Nature.

Tensions have reached a critical point. We can see this in climate change. This problem calls for practical action and much more attention on our part. It has long stopped being the domain of abstract scientific interests but now concerns nearly every inhabitant of the planet Earth. The polar ice caps and permafrost are melting because of global warming. According to expert estimates, the speed and scale of this process will be increasing in the next few decades.

It is a huge challenge to the world, to the whole of humanity, including to us, to Russia, where permafrost occupies 65 percent of our national territory. Such changes can do irreparable damage to biological diversity, have an extremely adverse effect on the economy and infrastructure and pose a direct threat to people.

You may be aware that this is very important to us. It affects pipeline systems, residential districts built on permafrost, and so on. If as much as 25 percent of the near-surface layers of permafrost, which is about three or four metres, melt by 2100, we will feel the effect very strongly. Moreover, the problem could snowball into a crisis very quickly. A kind of chain reaction is possible, because permafrost melting will stimulate methane emissions, which can produce a greenhouse effect that will be 28 times (sic!) larger than in the case of carbon dioxide. In other words, the temperature will continue rising on the planet, permafrost will continue melting, and methane emissions will further increase. The situation will spiral. Do we want the Earth to become like Venus, a hot, dry and lifeless planet? I would like to remind you that the Earth has an average surface temperature of 14°C while on Venus it’s 462°C.