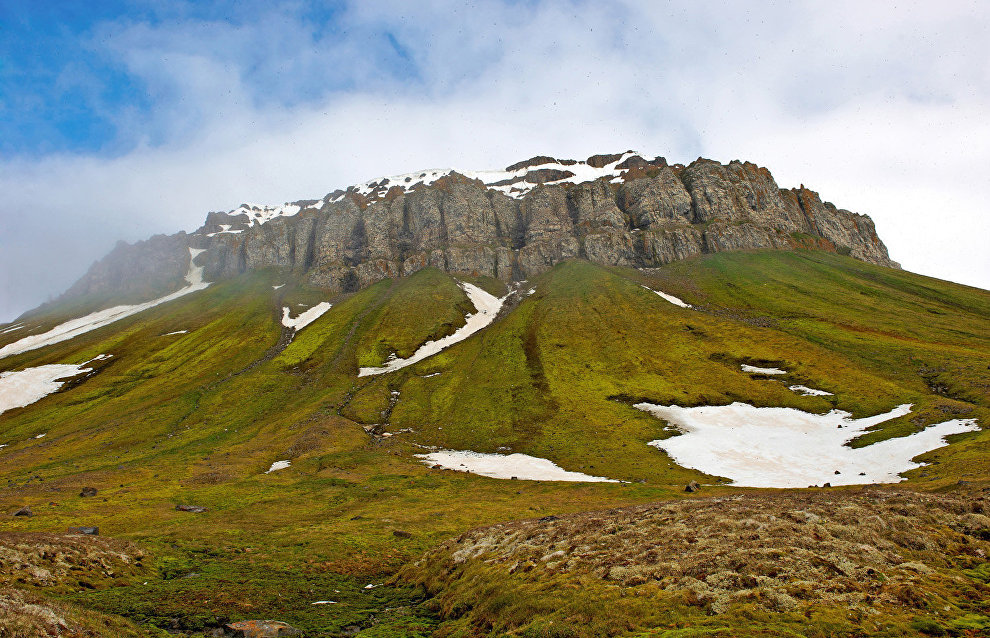 A research group from the Russian Arctic National Park has landed at Cape Flora on Northbrook Island. The group consisting of seven people arrived at the island on board the 50 Let Pobedy (50 Years of Victory) nuclear-powered icebreaker, the national park press service reports.

Maria Gavrilo, the Deputy Director for Research at the Russian Arctic National Park, said that the cabins where the members of the expedition will live survived the winter in good condition. The snow cover is also thinner now than at the end of June last year, which helps.

The scientists will carry out comprehensive research on Cape Flora, including studying marine mammals and birds. Researchers from Switzerland and Finland are also members of the expedition. Milko Timothy Swille from the ACARSA Scientific Expeditions is planning to study the routes of 19th-20th century research expeditions and Johanna Hovinen from the Norwegian Polar Institute will observe the archipelago's birds.

In approximately a month, the group plans to move to Hooker Island.

Cape Flora is part of the Franz Josef Land archipelago and is located in the southwest of Northbrook Island, which is near the archipelago's southern border. The cape was named by Benjamin Leigh Smith in 1880.