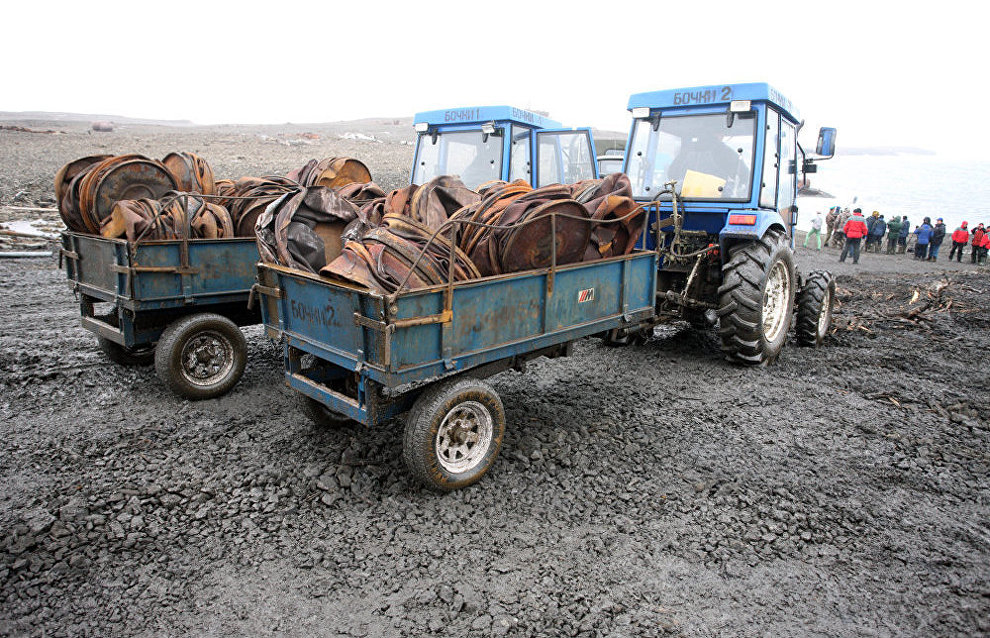 Defense Ministry units collect over 3,600 tons of scrap metal in the Arctic

"Ten units that the Defense Ministry set up temporarily for cleaning the Arctic are demolishing old and decrepit buildings, reclaiming the ground and collecting scrap metal, including metal barrels for fuel and various other liquids. By now they have taken in over 3,600 tons of scrap metal, thereby going beyond the plan for the year," the general said.

He specified that more than 3,200 metric tons of scrap metal were collected on Artic islands. The units continue cleaning the region. At the same time, hydraulic presses are processing the scrap metal and auxiliary ships from the Northern and Pacific fleets as well as civilian vessels are taking it to the mainland where it will be disposed of.

"Almost 1,600 tons of scrap metal have been taken off the islands," the general said.

Over 170 service personnel are using several dozen units of equipment to clean Kotelny and Wrangel islands in the Novaya Zemlya Archipelago.