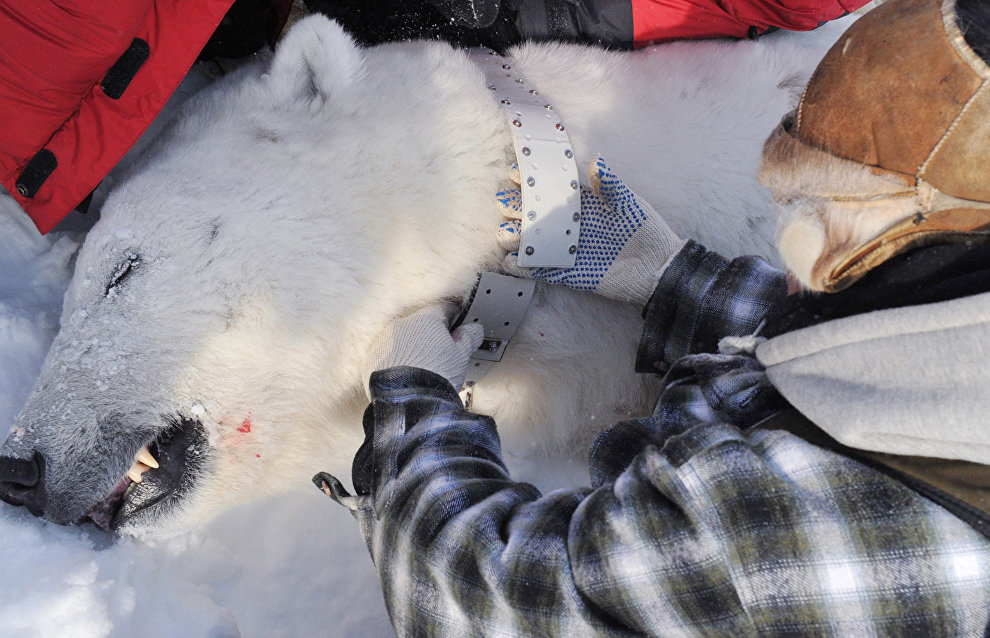 Researchers expect to fit female polar bears on Bely Island with satellite collars before the end of 2016, the TASS news agency reports, citing Dmitry Zamyatin, the Head of the Research and Technology Policy Directorate at the Yamal-Nenets Autonomous Region's Department for Science and Innovation.

"We decided not only to conduct a count of all adult bears, but also to use collars to study bear movements, their habitat and habits, note when they leave their dens, and monitor their breeding," Zamyatin said.

Because adult males can easily rip collars off, the latter are only suitable for females, and will be fitted on all the females found. "There is no exact number yet. We expect approximately 10,000 adult bears to be tracked," Zamyatin said.