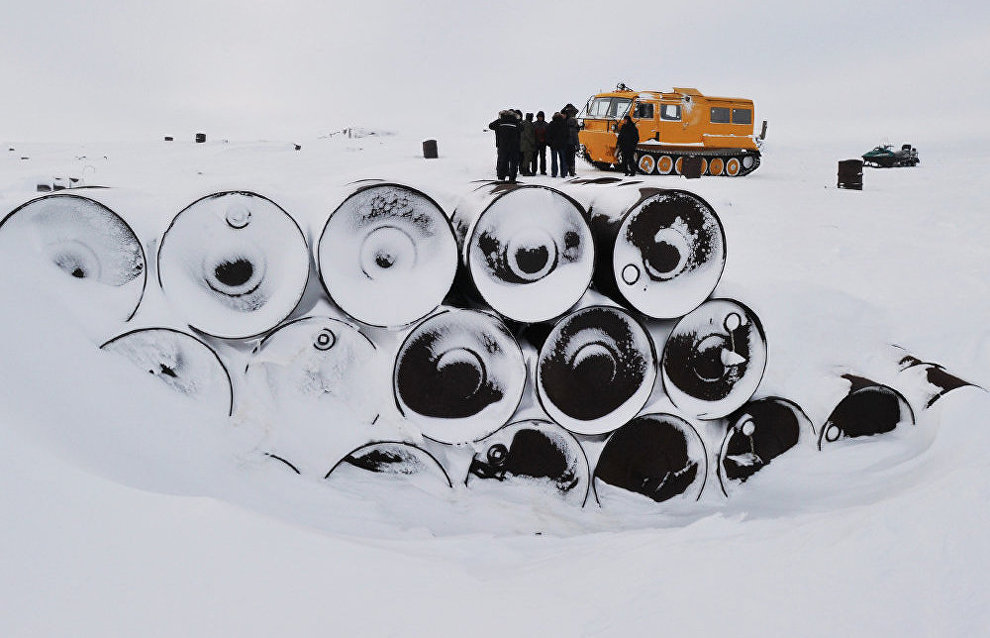 This year, an environmental platoon from the Eastern Military District is set to remove waste from a 10-hectare site on Wrangel Island in the Russian Arctic. This exceeds the area cleaned last year more than three times, said Colonel Alexander Gordeyev, chief of the military district's press service.

"In 2016, an environmental platoon from the Eastern Military District will continue to reclaim a 10-hectare area on Wrangel Island in the Arctic Ocean. We plan to collect over 1,000 metric tons of waste. Last year, about 700 metric tons was collected and about three hectares cleaned," Gordeyev noted.

The reinforced platoon is using additional equipment to clean the larger area, he added. The project is to begin this summer. Soldiers will use graders, cranes and waste compactors for disposing of local trash, mostly scrap metal and petroleum, oil and lubricant (POL) drums. Pacific Fleet ships will then carry the scrap metal to mainland Russia.